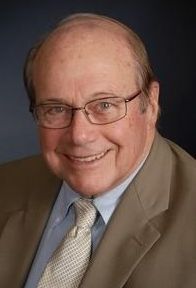 In his early years, Fred played the viola, won both state debate and ping pong championships, and spent a summer studying in Mexico City. Throughout his life, he enjoyed travel, art and music, and captivated others with stories of his wide-ranging travels and experiences. Fred was admired for his ability to make people laugh while conveying weighty messages, and left an impression that lasted long after the initial interaction. Many people witnessed his caring nature in his love for his family, his faith, and his dedication to helping people and organizations become the best they could be.

Military service with the 330th U.S. Army Security Agency took him to Korea in 1957. After returning he completed Bachelor's and Master's degrees at Purdue University, where he became a member of Kappa Sigma Fraternity. He worked for IBM in Indiana and as a stockbroker in New York and Illinois. After moving to Tulsa, he earned a doctorate at The University of Tulsa and then directed TU's Management Development Center and served as an associate professor. He went on to work for The Williams Companies, serving as their first Vice President of Organization Development. As founder and president of Droege & Associates, a management consulting firm, he worked with more than 95 businesses and organizations in the U.S. and internationally. Fred shared his expertise in organizational development as a board member and advisor for many Tulsa organizations including First Presbyterian Church (where he served as an elder), Leadership Tulsa, Holland Hall School, Tulsa Junior League, Tulsa Community Service Council, Philbrook Art Center, Tulsa Arts & Humanities Council, Tulsa Urban League and Clarehouse.

Due to the Covid-19 pandemic, a private family service will be held. In lieu of flowers, the family suggests a donation to support Parkinson's Disease research, the American Heart Association, or a charity of your choice.